Geogrid soil reinforcement must be installed behind walls that are taller than 4 feet or that have slopes or loads.

The number of geogrid layers needed for a wall, the type and strength of geogrid required, and the length of geogrid needed is dependent on soil conditions, wall height and loads or surcharges above the wall. This detail is supplied by a licensed civil engineer.

Caution: You are responsible for verifying site conditions, obtaining necessary final designs from a qualified, licensed civil engineer, and complying with all local building codes and engineered plans. If you change an engineer’s plan, YOU are liable.

Geogrid must be installed so that the strongest direction runs perpendicular to the wall face. Improper geogrid installation can result in wall failure. Geogrid generally is strongest in the direction it is rolled.

Place adjacent sections of geogrid directly next to each other. There should be no gaps in the geogrid along the length of the wall.

Do not overlap geogrid layers directly on top of one another. Slick surfaces of geogrids will not hold in place properly when directly overlapped. Also, overlapping geogrid in the units will cause the wall to be uneven at that point and may create a noticeable ripple in your wall.

With the geogrid rolled out, connect the geogrid to the wall by installing and pinning the next course of VERSA-LOK Standard units.

For geogrid to be effective, there cannot be any slack in the geogrid. Pull the geogrid taut and anchor the end—typically with stakes or backfill material. The geogrid only needs to be pulled tight enough so there is no slack; don't pull the geogrid so taut that you move your wall.

With your geogrid pulled taut and secured at the wall face by at least one pinned course, proceed with placement of drainage aggregate, backfilling and compaction over the geogrid.

Note: Place at least 6 inches of backfill before using any tracked equipment on top of geogrid.

Tip: If you are installing up to three courses before backfilling, you can install and pin the geogrid on the specified course and then flip the grid over the front of the wall. Compact in lifts of 6 inches or less and when you get to the course with the geogrid, simply flip the geogrid back over the wall, secure it and compact. 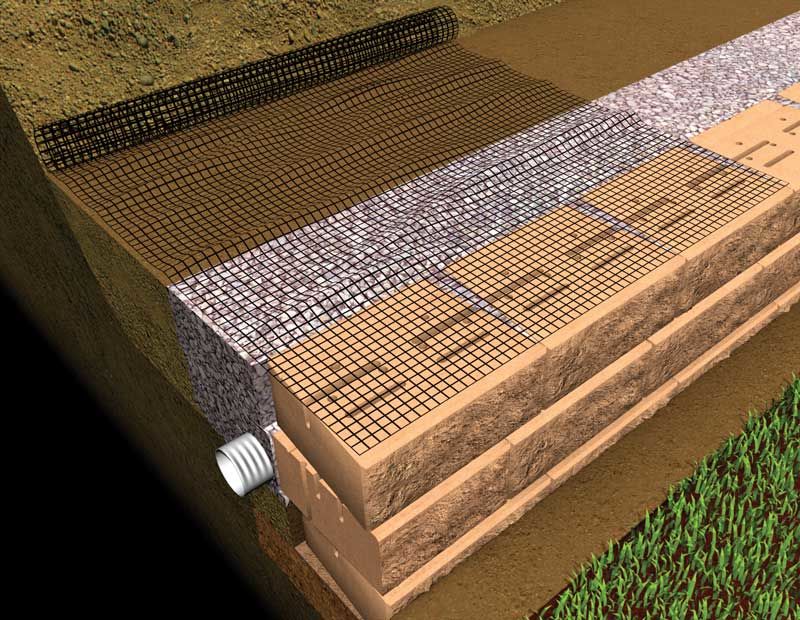 Place the end of the geogrid on top of the course of units about 1 inch from the wall face and roll it away from the wall. 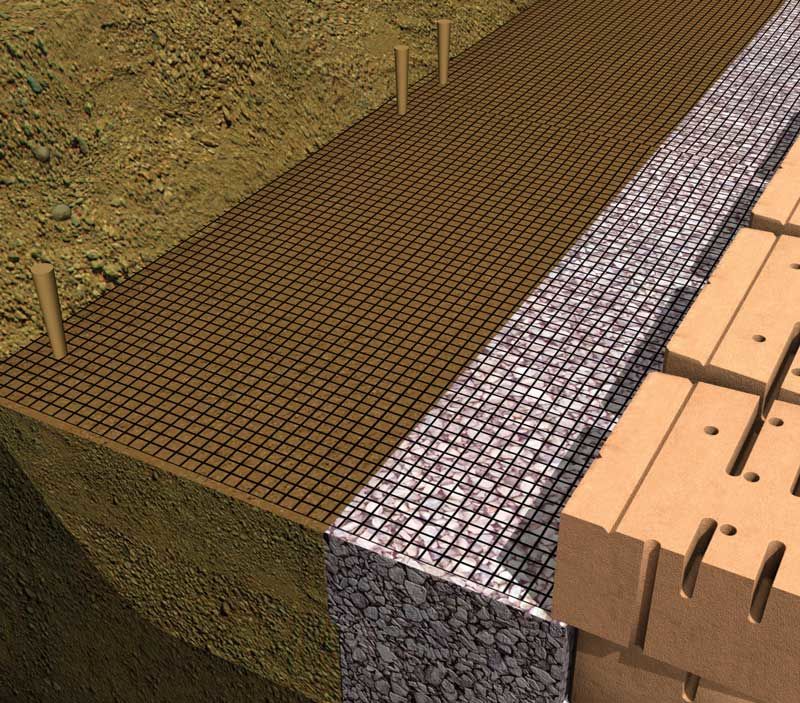 Pull the geogrid taut and anchor the end—typically with stakes or backfill material. 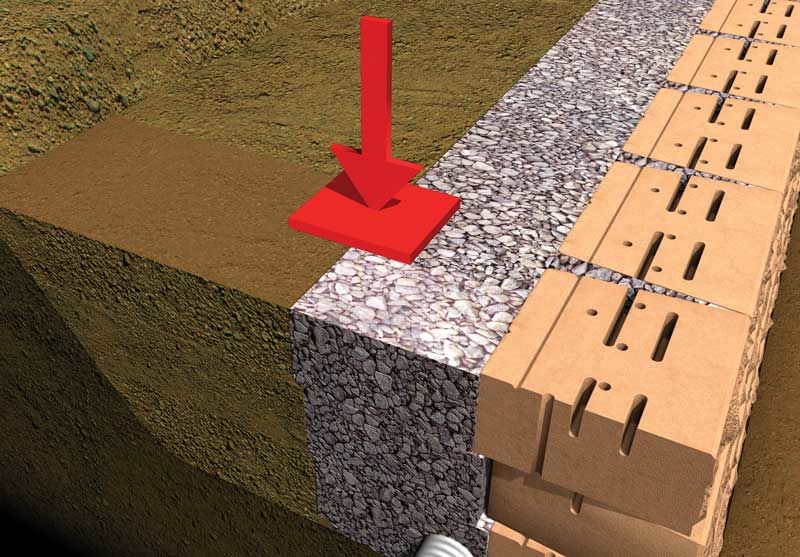 With your geogrid pulled taut and secured at the wall face by at least one pinned course, proceed with placement of drainage aggregate, backfilling and compaction over the geogrid.