Soils are very important in the design and installation of SRWs.

Soils support walls, load walls, and in the case of reinforced walls, are part of the wall systems. Design of SRWs varies greatly depending on soils. With proper design, SRWs can be constructed in a wide variety of soil conditions.

There are four main soil zones involved in SRW design (right). They are:

Identifying and using the correct soil type in each of these zones is critical to wall performance.

Soils generally are classified as one of four soil types: gravel, sand, silt or clay. When you can see the individual particles in the soil with the naked eye, such as gravel and sand, these soils are called coarse-grained. The grains in fine-grained soils, such as silt and clay, are too small to be seen. Fine-grained soils also tend to be "sticky" or cohesive.

Usually, coarse-grained soils such as gravel, provide the best working conditions because they place less load on the walls, require less soil reinforcement, are easier to compact and are less affected by water. SRWs also can be built with and around fine-grained soils if these soils are properly addressed in the wall design and installation. 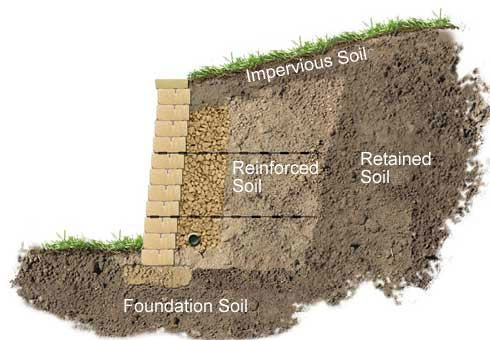 Foundation soil must be stiff or dense, so that it is strong enough to hold the wall weight without settling. Soft, loose, compressible, wet, frozen or organic top soils are unacceptable for foundation soils. These unacceptable soils must be excavated and replaced with properly compacted soils, preferably granular soils.

If a wall needs to be built over previously placed fill, such as utility-trench backfill or side-cast fill near a basement wall, it is very important to ensure that this old backfill has been properly compacted. If you are unsure, it's best to replace the backfill.

When building a taller wall that requires soil reinforcement, the soil placed and compacted around the layers of reinforcement is called reinforced soil.

Select granular soil is the best material for reinforced soil because it interacts well with the soil reinforcement, compacts easily and is less sensitive to moisture changes. However, fine-grained soil also can be used as reinforced soil if properly addressed. 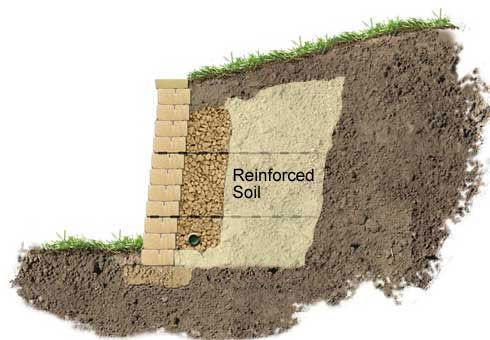 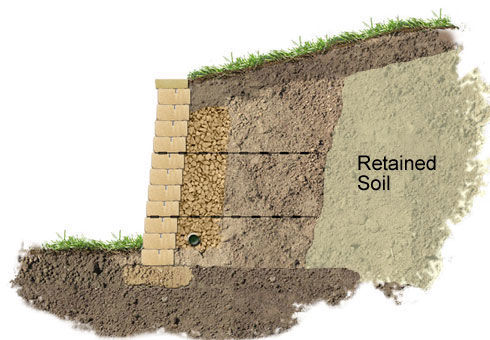 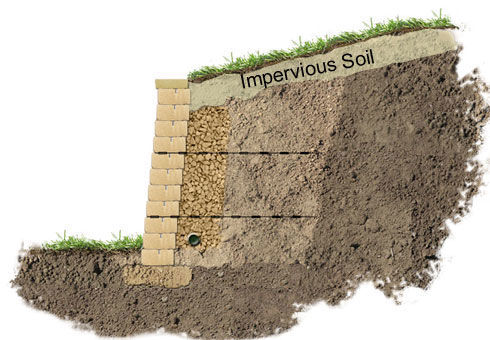